Nootropics, what they are and what they can do for me?

Nootropics, what they are and what they can do for me?

Nootropics are supplements that can improve the cognitive and physical abilities of healthy individuals, such as improving memory, learning, mood, and concentration, as well as boosting energy and increasing motivation. Nootropics are not medicines: medicines bring you back to health when you’re sick, nootropics help you optimize cognitive performance when you’re healthy.

There are many different types of Nootropics available in a wide variety of forms, all with different benefits, but people who take Nootropics all have one main goal in mind; to upgrade the experience of their life by becoming healthier, happier or more productive by taking advantage of the benefits Nootropics can offer.

Many nootropics have different effects on energy, mood, productivity, memory, and focus. It’s hard to build a good formula that will support all of the above. Too much on one can make you anxious or not feeling in your prime. That’s why you must choose a formula that has been created by a reputable company that did his research. Sarm Canada works with a company called Brainz-Up. They offer very well formulated product for anyone that wants to boost productivity, mood, and cognitive performance. They even offer a caffein-free formula and a caffeinated one so you can choose the right formula for you depending on if you need a bigger energy boost or not.

Breaking down every existing nootropic would take weeks. So, to make it short and sweet let's look into brainz-up and see what’s in there and why.

Noopept is one of the most potent synthetic nootropics on the market. It’s legal, safe and very effective. Noopept is a synthetic molecule which was developed in the 1990s to slow down cognitive decline in the elderly. Despite its primary function as a cognitive enhancer, Noopept is also a great stress reliever and mood enhancer.

Nootropics, such as the powerful Sulbutiamine, have indiciated the ability to increase decision making speed. Sulbutiamine is simply two vitamin B1 molecules joined together. The neurotransmitter systems responsible that control how quickly you process information and use that information to make a snap decision.

Alpha GPC has gained a relatively impressive reputation in the nootropics niche with features like cognitive enhancer, neuroprotective agent, and ergogenic associated with its performance. Alpha GPC stands for Alpha-glycerophosphocholine – a mouthful of a name that should tell you that it has something to do with choline.In fact, it is a choline compound found naturally in trace amounts in the body. Choline is an essential nutrient that is needed by the body for normal functioning and overall good
health. Among other things, choline is essential for mental and physical performance.

Theacrine is a naturally occurring chemical that is similar to caffeine. It is found in different types of tea and coffee, as well as in the seeds of the Herrania and Theocrama plant species. It is also found in the tea plant Camellia assamica var. kucha. People take theacrine by mouth for aging, the common cold, fatigue, and mental performance.

But wait, there’s more! We’ve quadrupled down to ensure Brainz Up puts you in the right mood to game, by including Huperzine A . Hyperzine A is rapidly absorbed and inhibits the acetylcholinesterase enzyme , this prolonging the effect of acetylcholine (ACh) in the synapse.

Most notably, studies have shown that vitamin B12 aids in neuroprotection by reducing neurotoxicity. For elderly individuals, it is even more important for preventing cognitive decline and neurodegenerative diseases. Other benefits include memory benefits, concentration, and executive function.

N-Acetyl L-Tyrosine (NALT) is derived from l-tyrosine, an amino acid that helps the body produce neurotransmitters like dopamine, adrenaline, and serotonin, which promote mental alertness and regulate mood. NALT has been used for years as a way
to improve memory and increase learning capacity. It is said to positively affect mental focus, provide a boost of energy, and promote increased clarity and mental fluidity. It’s easy to see why people would be turning to this nootropic instead of just opting to go with a sugary, highly-caffeinated energy drink.

Should I Use a PCT with the Get Fit Stack?

What kind of results to expect when using SARMs?

How SARMs can help boost performance!

How to shop for SARMs, buy SARMs and what to use?

The Get Fit Stack

Sign up today for new arrivals, sales, and limited-edition releases.

It’s the next best thing to signing up yesterday.

No products in the cart.

GET THE COMPLETE SARMS GUIDE
For FREE!

On Your First Order!

Just enter your email to get your coupon code! 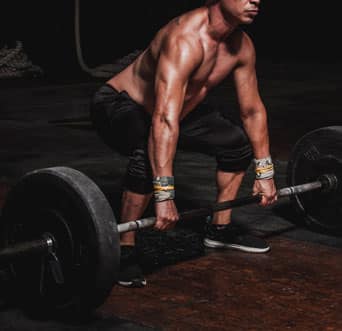